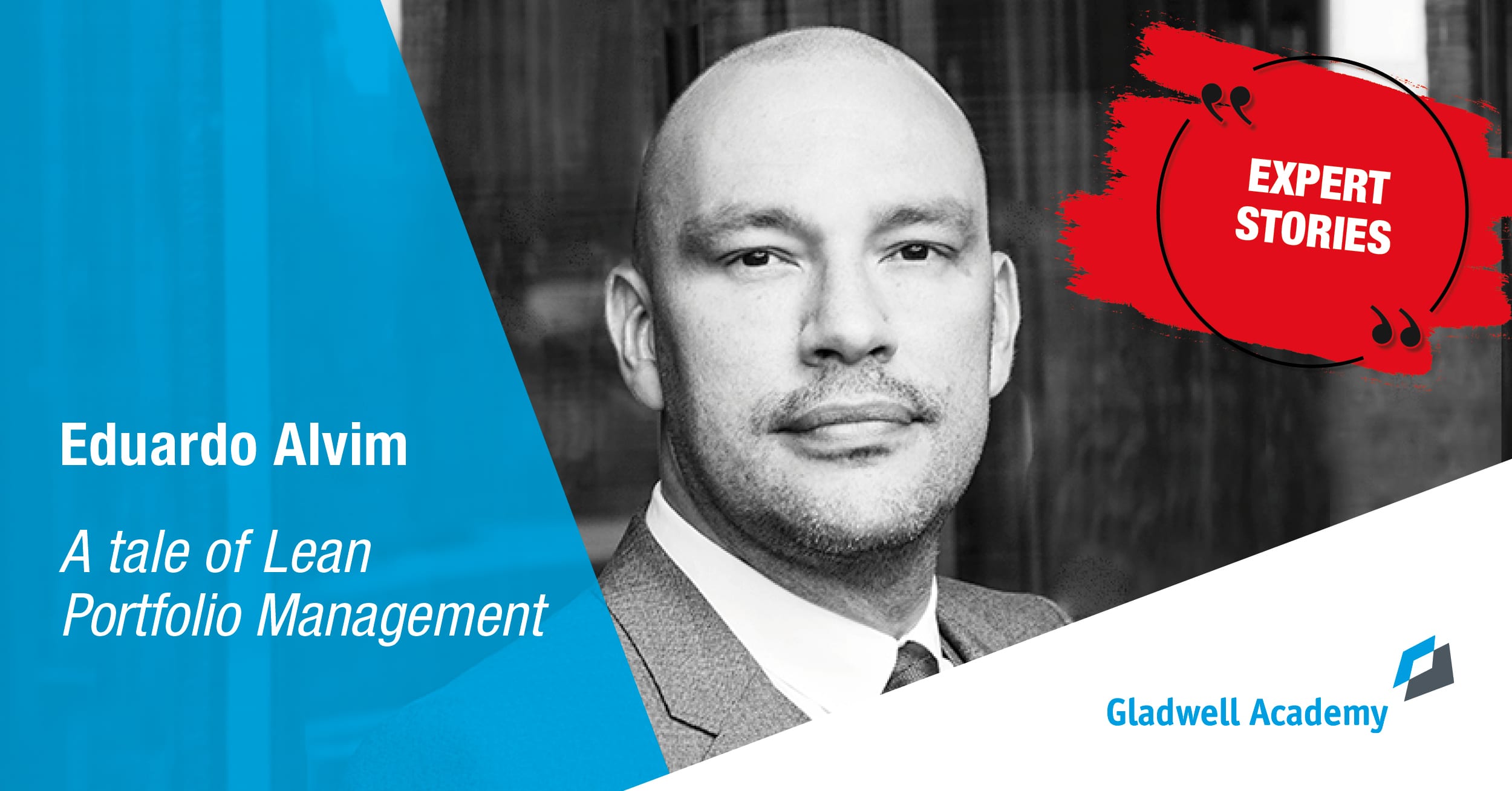 A tale of Lean Portfolio Management

I have always done it this way and been successful. I know what I’m doing. Trust me!

Chocolate chips, come and get ‘em!

We need a company for this turnaround tale. Imagine a manufacturer of… computer motherboards. We’ll call it Choc Chip, because today is a very hot day and we’re craving ice cream. In charge, we’ll imagine a guy called Albert Albertsson. He’s a charismatic creature and everyone likes him, no exception. As Richard Readymaker, his director of Product Development puts it: “Albert? Sure, I know him – a really nice guy. He’s the type you want to hang around with at happy hour. He tells the best stories.”

Albert does have a few minor flaws though. Like many people who created a company from scratch, he’s a proud man, for one. Proud of the way he led the company since the last century, into the digital age. For good reasons, mind you. Thriving in a turbulent market, having built the company from next to nothing and keeping it competitive for thirty years.

A little blinded by his confidence, Albertsson doesn’t keep a habit of checking in on the floors where his operations teams are working very hard to make their deadlines. His marketeers and salesmen set those deadlines and they’re equally removed from the factory floor. His product is his core business, but Albert trusts that the processes he created thirty years ago are still good enough. The numbers support his confidence: solid growth YoY for the last five years, with a two-digit EBITDA and solid profits.

Other numbers speak differently though. Over the last years, Choc Chip has gradually had to surrender share of a market they have dominated since forever. Choc Chip’s long-time customers, despite their loyalty to the old brand are nonetheless starting to pass on its product. A series of flawed releases in terms of quality are to blame here. The new generation isn’t as loyal, and they find Choc Chips products rather unappealing: ‘vintage’ of the bad kind.

So the market changes, and customer needs and perceptions change, but Albert Albertsson is a man of principle: I have always done it this way and been successful. I know what I’m doing. Trust me!

Where they are now

Today money doesn’t grow on trees anymore at Choc Chip: a situation that its salesmen, product managers, and marketers aren’t so used to. They believe they use a modern approach to portfolio and market management: defining investments on new products and evolutions, specially taking care not to change investment priorities for two to three years to maintain predictability. A wise decision: the teams were having enough pressure from marketing and sales deadlines at the delivery end and they didn’t want to add instability at the funnel. All departments are used to committing themselves, at full capacity, to every upcoming 24 months of deadlines. Precisely and strictly timed.

Now here’s the director of product development – Richard Readymaker, we read about him earlier. Also a nice guy, though perhaps a little stressed these days. Richard is leading a staff briefing this Friday on his department to announce another upcoming budget cut. “We know it won’t be easy! I’m fully confident though, that with this new plan we will be able to get our game back. Each department now has a list of projects to work on. We will be tracking closely in order to meet the deadlines that were set last year by our management.”

Richard surveys the room. “We are going to have a group of experts estimate every activity for accountability and efficiency. Development teams shouldn’t waste time on weighing their work, right? They should focus on features development and on forwarding completed work in validation. Once a week we’ll be having an approval meeting to see what we’re going to push to production or not. We expect that, with these measures, the quality will grow and we will create more lines of code per unit of time. This will, of course, increase the productivity and lead to more features delivered.

Six months after, Choc Chip finally releases its new, flagship product. There’s some buzz around it: is the brand on its way back to glory? One week after though, they have to call back the new motherboard from stores. Critical issues in the architecture lead the device to progressively slow to a crawl over time, with an hourly hard reset as the only solution. Customers are livid, profits and revenue drop even farther, investors start to complain and the market value of the company is now seriously under attack. The blame game starts and nice guy Albert Albertsson, isn’t buying rounds at happy hour anymore.

Let’s take a step back. What is really going wrong here?

If we look at this in context, we see that that what this nice, confident CEO has long failed to realize that the market was changing. Castled in on his ivory tower, he congratulates himself for his success while neglecting to lead his company to the next stage. His company needs the tools to navigate the gray ocean of unmet customer demand. Meanwhile, strong competition has arisen in the market and it’s beating him badly. What Choc Chips needs is the ability to talk with users, to allow the resulting feedback to change their course, to drop development when it doesn’t make sense anymore: to pivot without mercy or guilt.

The yearly budgeting cycle at Choc Chip is in large part to blame. With competition charging ahead and customers demanding adaptability, the already outdated long budgeting conventions really start to hurt. A shorter cycle that allows adjustments every six months would have helped the company face its challenges and continuously invest its money in what really matters.

Now, here’s Richard Readymaker again. Our director of product development is just finding himself in deep trouble with the mass product recall when one of his team members bring to his attention some articles about Lean Portfolio Management. How it creates a tradeoff between predictability and adaptability that is cost-efficient, protects the teams, allows focus on value and, above all, aligns to customer need. After reading the first lines, Richard identifies with much of the problem described. Richard decides to school himself through training and literature about this newly discovered topic.

A meeting with Albertsson is arranged where Richard pitches his new approach. The CEO, his back against the wall a bit, asks the equally willing CFO to see how they could use it to improve their budgeting. Together with HR director and PMO, they discuss the possibilities of ‘organizing around value’. The core team also calls in an experienced SPC (SAFe Program Consultant) to help with setting up the LPM (Lean Portfolio Management) team and guide its dynamics.

First fruits of a new future

A gradual transition ensues, trying to avoid having too many hiccups, but it moves steadily. After the first iterations of dynamic budgeting and ‘portfolio syncs’, they now start seeing changes: in their teams, firstly – the way they work together is coming alive! Attending system demos – something he neglected doing for a long time – means CEO Albertsson personally sees the value being delivered and the satisfaction of the business owners and stakeholders. Customers, relieved their finally being listened to, start to provide more feedback through users forums and this new information leads the LPM team to take decisions reflected in a new, publicly available roadmap.

No one can predict the future, but at least Choc Chip is now on track to embrace it more firmly than before. And when Richard asks Albert Albertsson what helped change course most, Albertsson points at the lean portfolio management dynamic. A small group of people is now making very important strategic decisions based on feedback and collaboration with an enormous customer base, but also, LPM is enabling the flow of work to teams that ultimately create the real value to the customer.

“And that, my dear Richard, is why I’d like to buy you a drink.”