In our last article, we invited Gladwell Academy SPCT and speaker at Agile India 2019, Anand Murthy Raj to give us a hint of his ‘12 Commandments for building true Agile organizations’. Today, we’re continuing in this vein with three spectacular examples from Indian military history that illustrate the supreme power of authentic, inspiring leadership. Anand Murthy will speak with a topic “Building the true Agile Mindset – Learning from the most disciplined organization of India” at Agile India during the Agile Mindset day on March 19th, at 2.45 PM. Read more about his presentation here.

“These are examples of how great leaders align and inspire others during uncertain times. It’s when reality outwits planning, that leadership makes a difference. The following took place during the India-Pakistan war of 1965. Called the Battle of Dograi, the story involves the Third Jat battalion and their leader, Lieutenant Colonel Desmond Hayde.

Stationed at the border, a last-minute intelligence reached him in the early hours of dawn that the Pakistan army was marching and that by next morning they would reach Dograi, located at thirty kilometers away.

That same morning, Desmond Haydes rallied the men and explained the objective of why reaching Dograi was so pivotal. He didn’t give his men an order – he gave them an intent, asking simply: Where will the Third Jat battalion be tonight? As one man, the men cried back. ‘Dograi!’

And then he questioned their intent, asking: and if your leader were to get shot on the way to Dograi, what do you do? One junior commissioned officer answered for the others: ‘If you get shot, we’d carry you on, but we don’t stop until Dograi!’ The message was clear: a mission is more important than its leader.” 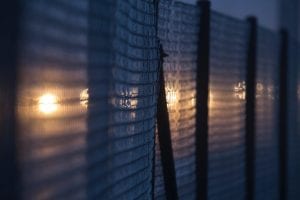 “Our second example on leadership involves Major Shaitan Singh, stationed with 120 people at the Indian-Chinese border under conditions of -40 degrees Celsius. Supplied poorly with outdated weapons, no winter clothing and cotton cloth shoes, they also found themselves facing 5,000 Chinese troops marching their way.

The major gave them three options: either surrender and face the shame; fight and die, or fight and win. They all chose the latter option. We may die tonight, but the Chinese army will not enter here.

No matter that their command post instructed them over the radio to surrender. They turned it off. The next morning, 1,300 Chinese soldiers had lost their lives against what little remained of 120 Indian soldiers. A unilateral cease-fire was declared by the Chinese; the battle was over. When the snows retreated, the bodies of Indian soldiers were found still clinging to their guns, and not one had bullet holes in the back. No one had turned; no one had run.”

“Our final example for now is of Havaldar Abdul Hamid, again during the India-Pakistan war of 1965. Pakistan had been supplied with American ‘Patton’ tanks for that war, and both sides believed at the time that these tanks simply could not be destroyed. So, when Indian intelligence reached the platoon that Pakistan was impending on the border with 300 of these tanks, the sixty-odd soldiers stationed there were naturally frightened.

Abdul Hamid took a jeep fitted with a recoilless missile launcher and hid in a sugar cane field, waiting for the tanks to rumble within range. He hit a tank with a single missile and to everyone’s surprise and dismay, it was instantly destroyed. The several tanks behind it were so shaken by the unexpected victory that the men inside exited their tank and fled.

Abdul Hamid managed to take out sixtanks in this manner before his hiding place was exposed and he was killed by tank fire. Each tank he destroyed resulted in the soldiers behind it realizing their vulnerability and fleeing. Eventually the battle itself, though destined to be defeat, turned out a success for the Indian side.

Motivation sets a huge, contagious example. A motivated leader can bring those around him to greatness, even despite overwhelming odds.”

About the author – Building the true Agile Mindset 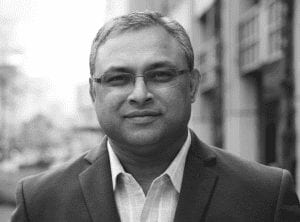 Anand Murthy Raj is associate partner at Gladwell Academy. He is the first certified SPCT (SAFe Program Consultant Trainer) in Asia and a leader with a vision to bring in great difference and excellence in the organization by multiplying business/value to achieve greater heights.