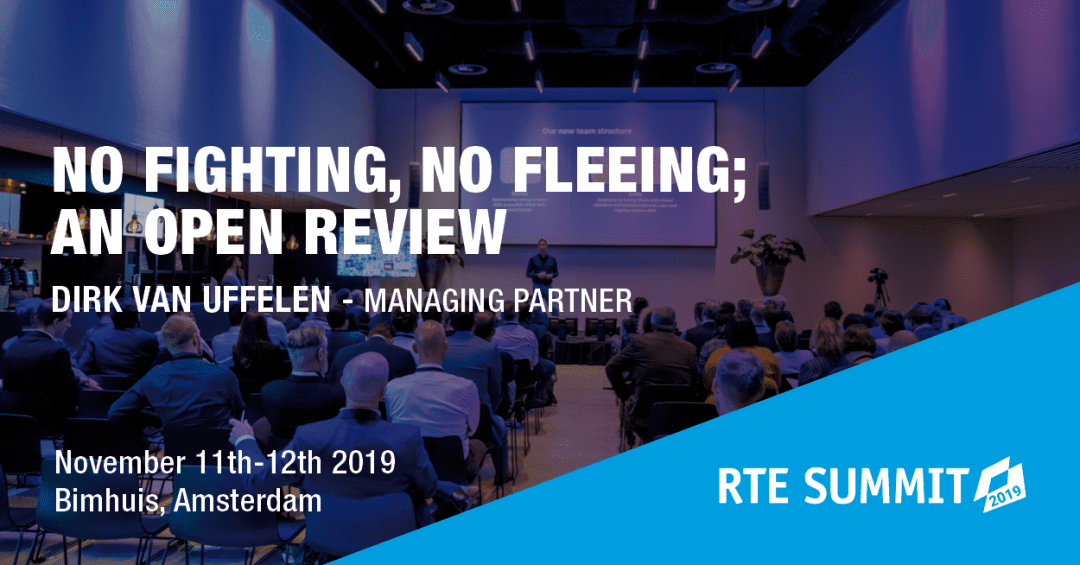 “No fighting, no fleeing; an open review.”

Organizational psychologist and RTE Summit keynote speaker Dirk van Uffelen looks ahead to his contributions on November 11th and 12th. “A conflict of expectations isn’t necessarily a threat. People make it into one with their behavior.”

Part 1 is the Boost; Part 2 is the keynote

Dirk will take the floor and challenge the audience in two events, both of which promise to be fascinating. Labeled ‘From fight or flight to constructive response’, part one will be during the Boost on November 11 and focuses on RTE dealings with stakeholders such as Product Managers and Business Owners, while the keynote on November 12th goes into the Team of Teams that RTEs want to bring together.

What you give is what you get

“Both are fine as stand-alone events, but they go well together as well. The key is that you’re dealing with people in a potential conflict. You’re managing expectations. Getting people to admit delays, or to or accept them. There’s a conflict, but it really isn’t the conflict itself that is a threat. It’s how people approach it that matters,” says Van Uffelen, who also applies his training in various martial arts to better understand the non-verbal language of conflict.

“Based on your own behavior and the behavior you teach other leaders, you can get teams and stakeholders to both deliver a constructive response instead of flight-or-flight. From those foundations, a better working climate for achievements and learning will often follow. I work with the concept of becoming ‘antifragile’ as introduced by Nassim Nicholas Taleb – which also works well in the Agile language of patterns and antipatterns, coincidentally.”

Fifteen experts in various fields related to the work of the RTE will present at the Bimhuis, the home of jazz in Amsterdam with spectacular views of the harbor and a great place for networking. Tickets are selling fast, so be sure to get yours while you can.