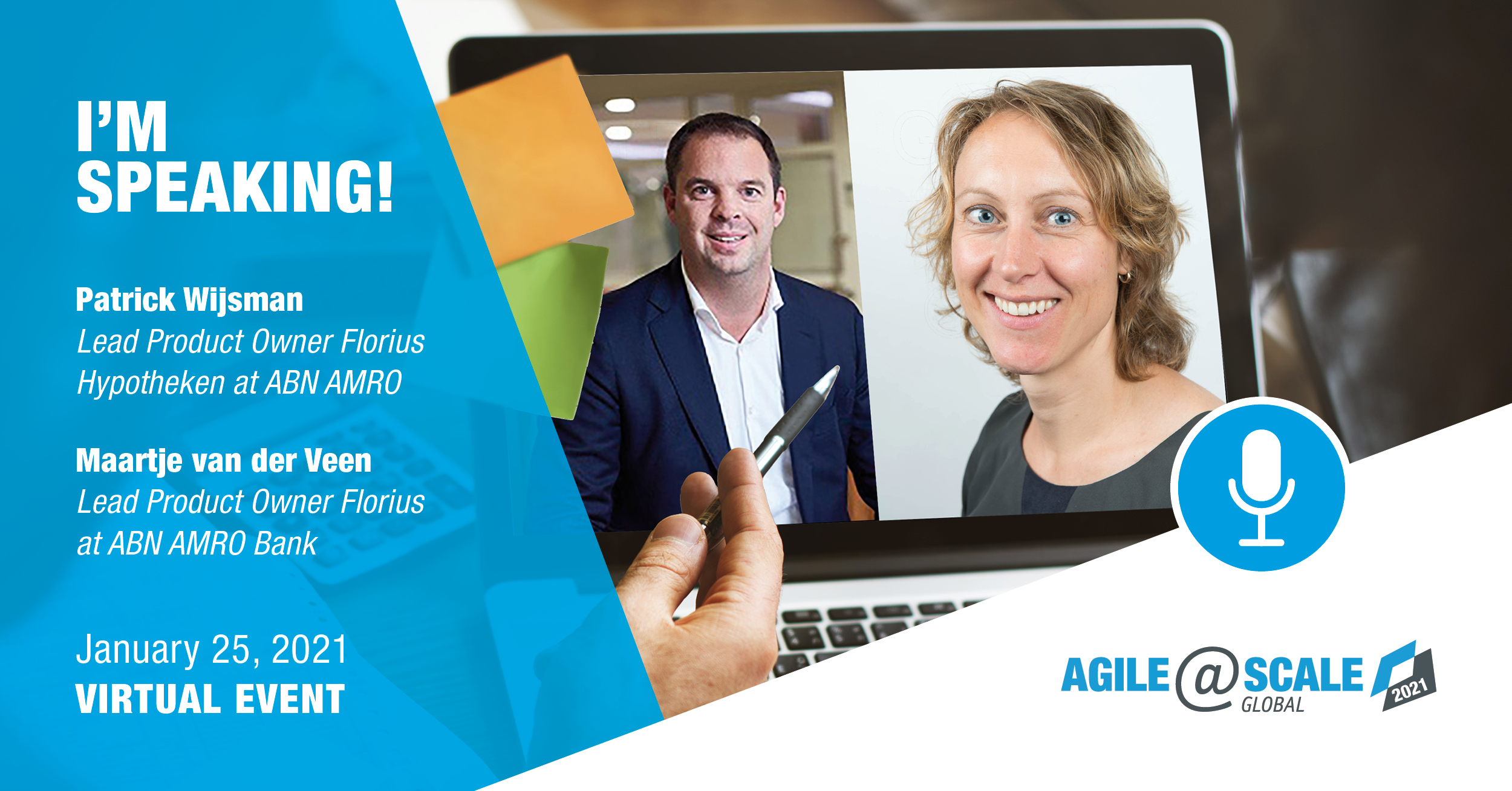 If you’re a Dutch citizen and you have a mortgage, there’s a reasonable chance that your case file runs on a Florius platform. To reduce time-to-market and increase customer centricity, the company put together its first Agile Release Train about three years ago. Several prize-winning innovations later, there’s reason for SAFe Agilists Maartje van der Veen and Patrick Wijsman to look back and share the learnings at Agile@Scale.

Patrick: “Since we began this transformation, we won: the Gouden Lotus (‘Gold Lotus’) for digital innovations and the Gouden Spreekbuis (‘Golden Speaker’) for customer service improvement. I think that says something for our ability to build the right thing in less time-to-market.”

Maartje: “At Agile@Scale though people might be less interested to hear about what we built to innovate in the mortgage industry and more about how we organized ourselves for success. So, the organization behind it will be the focus of our talk.

An ART that is Agile

“We used the SAFe toolbox of Trains and PIs as the building blocks, for sure. Our Agile Release Train isn’t necessarily built for a single solution, though. Florius isn’t a big company, so a single Train has been enough up for all our product development needs. So, the ART builds for several products at once – you might call it an ‘Agile ART’…! Our product governance remains closely tied to the product owner level, rather than a Product Manager to facilitate the former.”

Patrick: “For us what’s made the difference is the cadence and sync of PI Planning, rather than the staggered governance of SAFe. We’re looking forward to tell you more, so be sure to come listen…!”

Florius will be presenting at Agile@Scale, the agnostic event where cases drawn from several frameworks will present together. Ticket sales are picking up, so be sure to get your ticket soon!