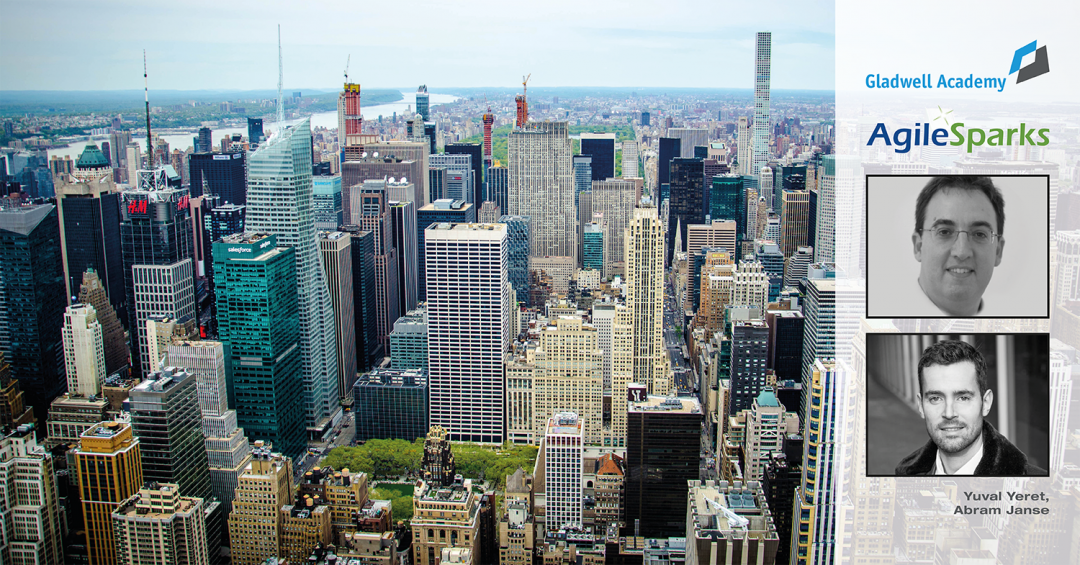 Ready to get challenged? Joining forces with AgileSparks in the US

After the success of running their first SAFe course together, AgileSparks SPCT Yuval Yeret will meet Gladwell Academy SAFe trainer Abram again to train several Implementing SAFe courses in New York and Boston this year. We asked Yuval to shed some light on their successful shared hostmanship.

Yuval Yeret: “Delivering training with Abram brings a lot of fun and a lot of depth. Abram is ‘a free spirit’, so to speak. He keeps people on their toes and doesn’t take much for granted. Participants can count on him triggering their minds with his anecdotes and parables. It’s often enlightening.”

Straight-talking with a sense of humor

As for myself, I apply a straight-talking, tell-it-like-it-is approach to my classes and workshops, which is what many Israelis and Dutchmen are (in-)famous for. It’s a candor that seems to sit well with East Coast Americans, which is why people from the New York and Boston areas should feel right at home.

Throw in the subtle sense of humor that we both bring to the table, and it’s pretty easy to understand why people say they have a good time under our care. I look forward to another couple of rounds of training with Abram, and I hear he likes the prospect of working with me again as well.”

The fruitful collaboration between the two has led their respective employers Gladwell Academy and AgileSparks to embark on a global collaborative effort focusing on India, Europe, and the United States. You can expect to meet other trainers from the two companies presenting together when you visit one of our trainings soon!

We’ve teamed up with AgileSparks!