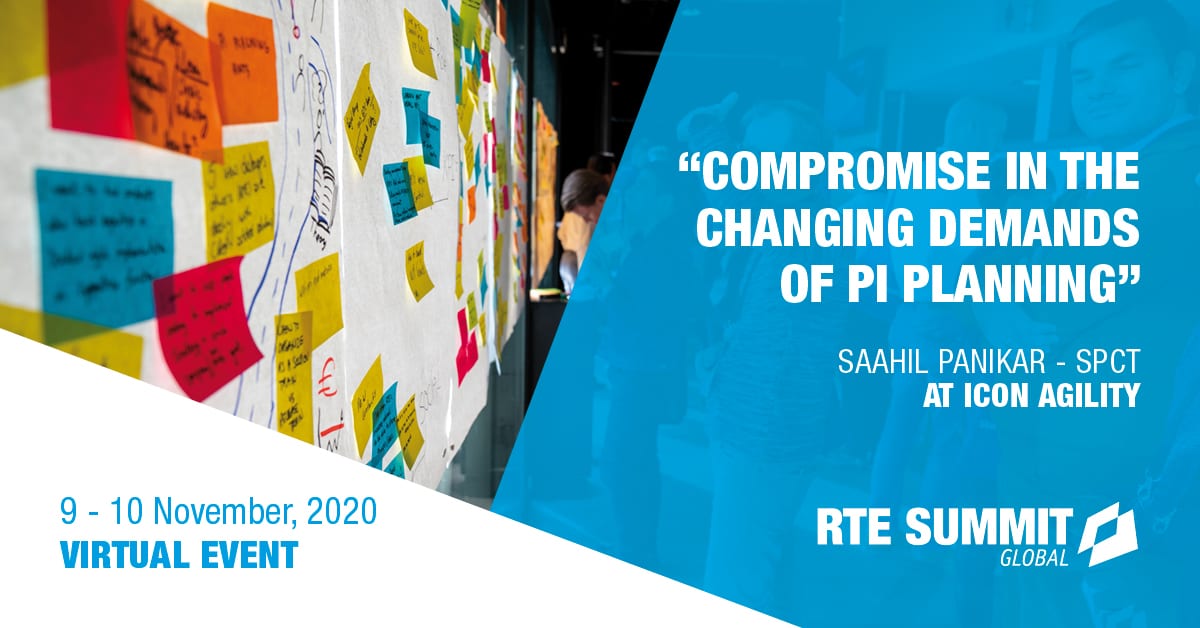 Saahil Panikar: “Compromise in the changing demands of PI Planning.”

Certified SPCT Saahil Panikar of Icon Agility Services is planning a workshop at the virtual RTE Summit Global. The pitch: a deep-dive into the conflicts of communication and visualization that take place between teams during PI planning events. Saahil being an expert in every facet of working within an Agile framework, we expect an exciting, informative moment.

An RTE with ‘rock star’ status?

Saahil has over 10 years of experience with Agile, working with SAFe since 2014, and time spent as a Scrum Master and RTE. “You might say I’ve worked ‘on the cutting room floor’ of Agile in the United States. I’ve been a consultant for the federal government, and I’ve coached small businesses and startups, as well as Fortune 500 companies during Agile transformations. And some Fortune 10 ones, too,” he adds, discreetly.

Saahil aims to delve into a communication issue he dealt with at least once as an RTE during PI Planning. The events – meant to bring together the entire Release Train – can be plagued by a lack of communication when digital tools take over.

Saahil describes how: “Each team can get frustrated having to input their contributions twice: once on sticky notes to visualize the work for other teams, and again within their team’s own electronic tools. This isn’t necessarily unreasonable, but when every team is just looking at their own tools it kills communication. Why bring everyone together if you’re not going to talk to each other? If there’s no alignment, there might as well be no meeting.”

Saahil, like any RTE should, sought out a compromise to the dilemma. In his own words: “We managed to set up each team with their own televisions to project their tools as they worked. That way other teams could walk around and see what each team was working on, and they only had to input their info the one time. I still think I’d prefer the old paper method, but there’s such a strong demand I’d say it’s a matter of time before all PI Planning looks like this.”

“I realize the irony of talking about how digital tools cause problems during a remote summit, but I’m sure it’ll still be useful and informative once everything gets moving again.”

Communicate with other RTEs 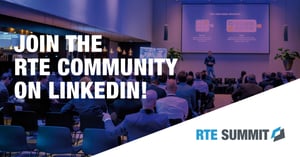 Join Saahil as he explores the importance of communication at his workshop. Connect and share your own dilemmas and the solutions you found at the virtual RTE Summit Global November 9 -10. A gathering of RTEs filled with events, workshops, and plenty of networking opportunities. Book your Early Bird ticket now!