In the Scaled Agile framework (SAFe), the highest rank is reserved for the SAFe Program Consultant Trainer. There are only about 50 such SPCT-certified SAFe gurus in the world today. Two of these work at Gladwell Academy: the recently certified trainer-consultants Eelco Rustenburg and Anand Murthy Raj. We looked the two of them up in Amsterdam, the Netherlands to discuss how they see the future of Agile project management in the corporate world.

Good day, gentlemen. Let’s get right into it, shall we? You’ve known each other for some years and you’re both obviously eager to start working together. What is it about SAFe that gets you both so enthused?

Anand Murthy Raj (AM): “Consider the Indian army, if you will. No matter what event you may throw at them: from a city-wide flooding disaster such as recently in Mumbai, to a little boy trapped in a well somewhere – they can apply the same principles to any event, but nevertheless approach each event differently. That flexibility and self-determination are of course central to what we know as Agile. But the principles that govern such a large organization; the universal framework that allows teams to identify and understand each other, despite their relative independence; that is core to SAFe.” 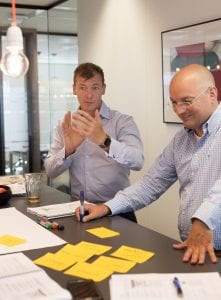 Eelco Rustenburg (ER): “Exactly. There are negative connotations we ascribe to the army: a strict hierarchy, a rigid command structure. Those same objections were levelled at SAFe when it was first published. But the metaphor Anand describes is spot-on. The Army entrains a universal set of principles and approaches that makes a military unit completely equipped for operations in the field. And once they’re in, they’re completely self-driving. No general is going to dictate from afar how a given sergeant navigates a minefield. SAFe is like that: the framework provides the means to arrive at universal overarching goals, but it fully recognizes the need for Scrum teams to operate autonomously.

Now, both of you work at Blinklane/Gladwell. But you, Anand, work predominantly in India, while you work in the Netherlands, Eelco. What are you planning together?

Eelco: The fact that we live at some distance from each other shouldn’t spoil the opportunities we have at Gladwell Academy and Blinklane Consulting. Anand will build our operations in India, and I’ll work to expand our business on the European side. We’re aiming to train professionals in a different city every month; either on the European continent or in India. We’re also open to invitation by companies looking to make real progress in Scaled Agile. Because there are so few SPCT certified consultants, demand is substantial.

How is training from an SPCT-certified SAFe expert… different?

Anand: Put simply, we’ve now joined the community that is building SAFe. We contribute to it staying current, adding to it from our own experiences in carrying out large-scale transformation. Scaled Agile – that’s the company behind SAFe – handles the dissemination of knowledge; it represents SAFe to the corporate community. But our group of fifty-odd consultants is the core team behind the framework. That experience and closeness to the community behind SAFe is invaluable in gaining an intuitive understanding of the framework, especially in the more advanced, SPC training courses. Though I’m positive our entry-level trainees will also benefit from getting their insights ‘straight from the horse’s mouth’.

And how does training by Gladwell Academy, or consulting from Blinklane for that matter, differ from others who specify in Scaled Agile Framework?

Eelco: Blinklane Consulting and Gladwell Academy have been focused on bringing SAFe to corporate environments since the very beginnings of the framework. Besides Anand and I as SPCT’s, we also have over 15 SPC consultants working with us. That’s a direct result of our dedication to SAFe. Together, we’ve applied SAFe to over a hundred of large-scale Agile transformations.

When SAFe first appeared, it appealed primarily to those that saw the methods it offered. And indeed, that can be a major advantage to SAFe: it has a wealth of methods and step-by-step procedure on offer. But to merely execute its methods is to treat SAFe too superficially, and actually puts the playfulness and improvisational strengths of Agile at risk.

Our people all acknowledge that the greatest benefit in SAFe isn’t in procedures, but in the principles of the framework. Our approach starts from those principles. Anand fits well with that approach: he’s a storyteller as much as he is a trainer. He’ll illustrate any answer with a narrative that explains the why – the principle he’s drawing his answer from.

Anand will let you embrace the Scaled Agile Framework

What brought you together at Gladwell Academy?

Anand: I first met Eelco when we were both working with Philips in the Netherlands and I was impressed with his

inspired training approach. I asked him how he had originally come to devote so much of his time to SAFe. He told me that once he started training people in Agile at Philips, he discovered that no company is going to find Agile a manageable experience once they have more than 200 Scrum teams running around. He said that, once he saw the potential SAFe held for Philips and for many companies like it, he also realised the importance of understanding the why rather than executing the how – precisely to avoid stifling the flexibility of Agile. He decided he’d only succeed in convincing this huge, self-confident company to embrace SAFe properly if he became an expert in it, himself. In short, he became an expert because the problem before him demanded it. I found the pragmatism in that most inspiring.

Now that you’ve joined forces and attained this highest degree of SAFe mastery, what does the future hold for you, for Blinklane / Gladwell and for the corporate world?

Anand: Firstly, we have India and Europe to conquer. Eelco and I are ‘chomping at the bit’: genuinely eager to bring our understanding of this fine framework to our trainees together. Their experiences with Agile stand to gain so much…! Beyond that, as a Hindu I start my life from the assumption that I have an endless amount of lives to experience. That gives me ample reason to keep my attention on the higher purpose.

On that level, I see my work as a contribution to the emancipation of Indian industry. We’ve been a country that executes other people’s designs and programmes for a long time now. But I see ample opportunity in the Indian economy to create our own, original, winning designs and successful brands. Not by looking at others to copy, but by drawing from the strength within ourselves.

Eelco (smiling): He speaks like the evangelist he is, I can vouch for that. As for me, I’ve discovered a way to not only bring creativity and fun to the corporate landscape, but to bring it in such a way that the business results speak for themselves. In itself, this is not surprising: after decades of breaking down jobs into little bits to be carried out by mindless, unquestioning workers, the value of self-determination is being rediscovered in many places. By bringing SAFe to project management, we’re giving people reasons to have fun at work again, completing enormous projects with playful ease. It’s irresistible!” 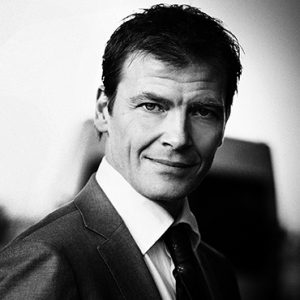 Eelco Rustenburg is certified SPCT, Agile Master, PSM, PSPO and a wellknown Agilist in the community. He has written the top100 book in Holland on Scrum: “The power of Scrum”, which has been translated in 4 languages. Eelco has been at the front of the Agile community for more than 15 years now. He has helped Philips  in its transformation to Scrum and Agile, where he worked with the Agile Center of Excellence and trained more than 1000 people. Currently Eelco  accompanied an Agile/SAFe transformation at Air France KLM. 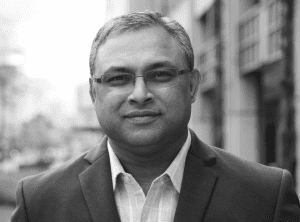 Anand Murthy Raj is certified SPCT and a leader with a vision to bring in great difference and excellence in the organization there by multiplying business/value to achieve greater heights.

Anand is the associate partner of Gladwell Academy in India.

18 years of experience in the IT industry through which he brought in strong management background and versatile experience in Agile Coaching.