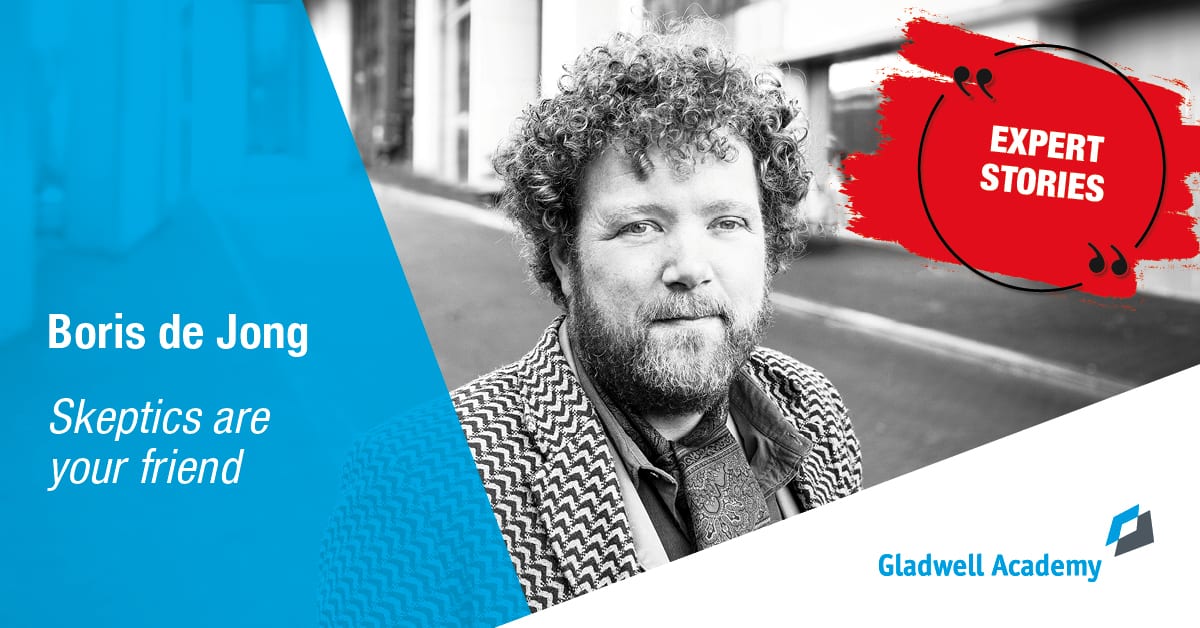 The Skeptics are your friend

They are a recurring voice in most Agile trainings, as they are in the workplace: the skeptical onlooker. I’m referring here to the voices that, while agreeing with the benefits promised by the transformation, they expect it will fail. I welcome such voices because their words hold a sad truth that is often left unsaid: many transformations do fail. And when they do, it’s usually because of precisely what the skeptics warned against.

Right now I’m rereading John Kotter’s Leading Change, and it opens with just this warning. In seminal book on Leading Change, he describes a solid strategy to avoid just those pitfalls. So solid in fact that it’s enshrined as a full lesson in the Scaled Agile Framework. But even the message in this fantastic book runs the risk of staying a dead letter, as long as you don’t see it in practice. Which is where the skeptics come in.

They’re your canaries in the coal mine. Your whistleblowers, even. When a skeptic pipes up, it means there’s someone who stands close to a source of possible harm to the transformation, and they’re willing to speak up about it, too. Hear what they have to say and take note, because the practice they warn about is likely to resist change rather firmly.

Another reason why the skeptic is someone to keep close is because they mean well. As I said, these are people that agree with your to-be. They agree that the as-is is undesirable, they just fear that it’s all we’re capable of.

More dangerous are those who disagree with your idea that it’s even a good idea to change. Or worse still, those who feel the transformation will hurt them personally. Those two kinds of minds have reason for overt resistance – or worse, covert. Skeptics aren’t about that. They like your ambitions, they just don’t want to be disappointed. Like the cynic is said to be nothing more than a thwarted romantic, so the skeptic is really just a doubtful supporter.

The frown upside down

And if you succeed in securing the first tangible results; if you succeed in showing them the low-hanging fruits of your labor, you’ll likely have gained a staunch supporter. An ambassador who’s capable of telling others “I used to doubt this whole thing as well. Not anymore, though.”

It starts with ‘No’

If you meet a skeptic, you might feel tempted to go on the defensive by explaining yourself. A better approach might be though to hear the other out, first. Beyond just giving you more information on how to proceed, you’re also playing a psychological game. My colleague Laurens Bonnema puts it this way: “It starts with ‘no’. Then you ask ‘would you tell me why’, and you get the first ‘yes’. That’s already put them in a different mindset.”

6
May
Eduardo Alvim becomes SPCT !
22
Apr
3 Important Questions People Often Get Wrong on the Scrum Master Exam
6
Apr
How to Be a Good Scrum Master 101: Get Certified